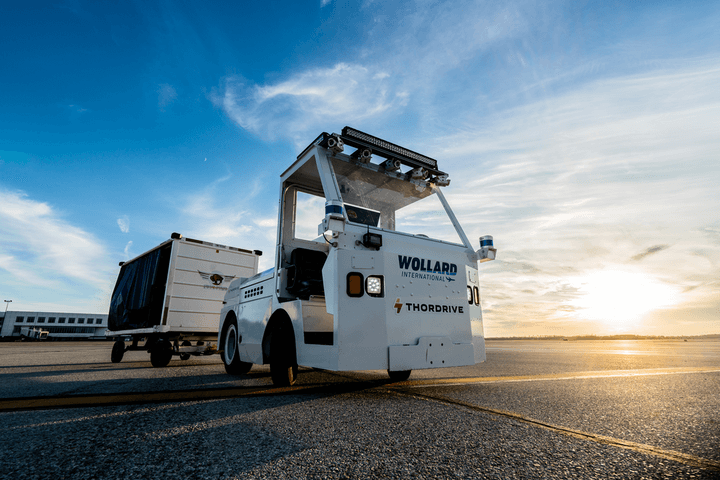 ThorDrive AVs, equipped with multiple Velodyne Ultra Puck sensors, were developed live in complex, safety-critical environments at CVG’s gates. Their proof of concept aims to advance airport safety and cargo efficiencies, with units to be sold by the end of 2021. In 2019, CVG, the 7th largest cargo airport in North America, handled over 1.2 million tons of cargo and baggage for more than 9.1 million passengers.

By utilizing ThorDrive’s solution, airlines are able to autonomously transport baggage and cargo to and from planes and throughout facilities at any time, day or night. Safe, effective materials transit is critical to airlines for the protection and handling of goods while maintaining tight flight schedules.

ThorDrive chose Ultra Puck for its cargo transit vans because the sensor’s patented 3D surround view technology provides real-time object detection needed for safe, efficient navigation and dependable operation. Equipped with Velodyne’s lidar solutions, ThorDrive AVs use existing infrastructure and can operate in harsh weather conditions including rain, snow and ice, day and night. ThorDrive has been using Velodyne lidar sensors in developing its autonomous driving technology since 2010. ThorDrive is planning to expand its AV solutions further into the aviation ground support equipment market as well as to industrial and manufacturing applications.

“Our innovation partnerships focus on long-term viability and scale,” said Brian Cobb, Chief Innovation Officer for the Cincinnati / Northern Kentucky International Airport. “This agreement is a hallmark event towards ThorDrive’s capacity to scale up with Velodyne’s advanced sensor technology.”

“Velodyne is our trusted, long term partner to deliver high quality, reliable sensors at an affordable price point,” said Edward Shelton, VP of Business Development, ThorDrive.  “Our software is tuned to their sensors’ state-of-the-art capabilities, advancing our efforts in providing transformative solutions for airline logistics and future applications of our autonomous technology. In working with Velodyne as the industry leader, we will be able to realize the future of moving cargo, equipment and materials.”

“We are thrilled to work with ThorDrive as they deliver trailblazing AV cargo transit programs to airports in North America and around the world, advancing safety and efficiency,” said Laura Wrisley, VP of North American Sales, Velodyne Lidar. “They have been on the forefront of innovation for delivery and logistics and we are proud to work with them along the way. ThorDrive AVs show that Velodyne’s lidar sensors provide the range and field of view needed to gain visibility in complex environments to detect and avoid obstacles for safe logistics transport.” 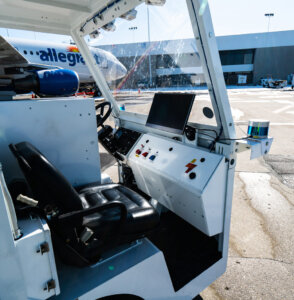