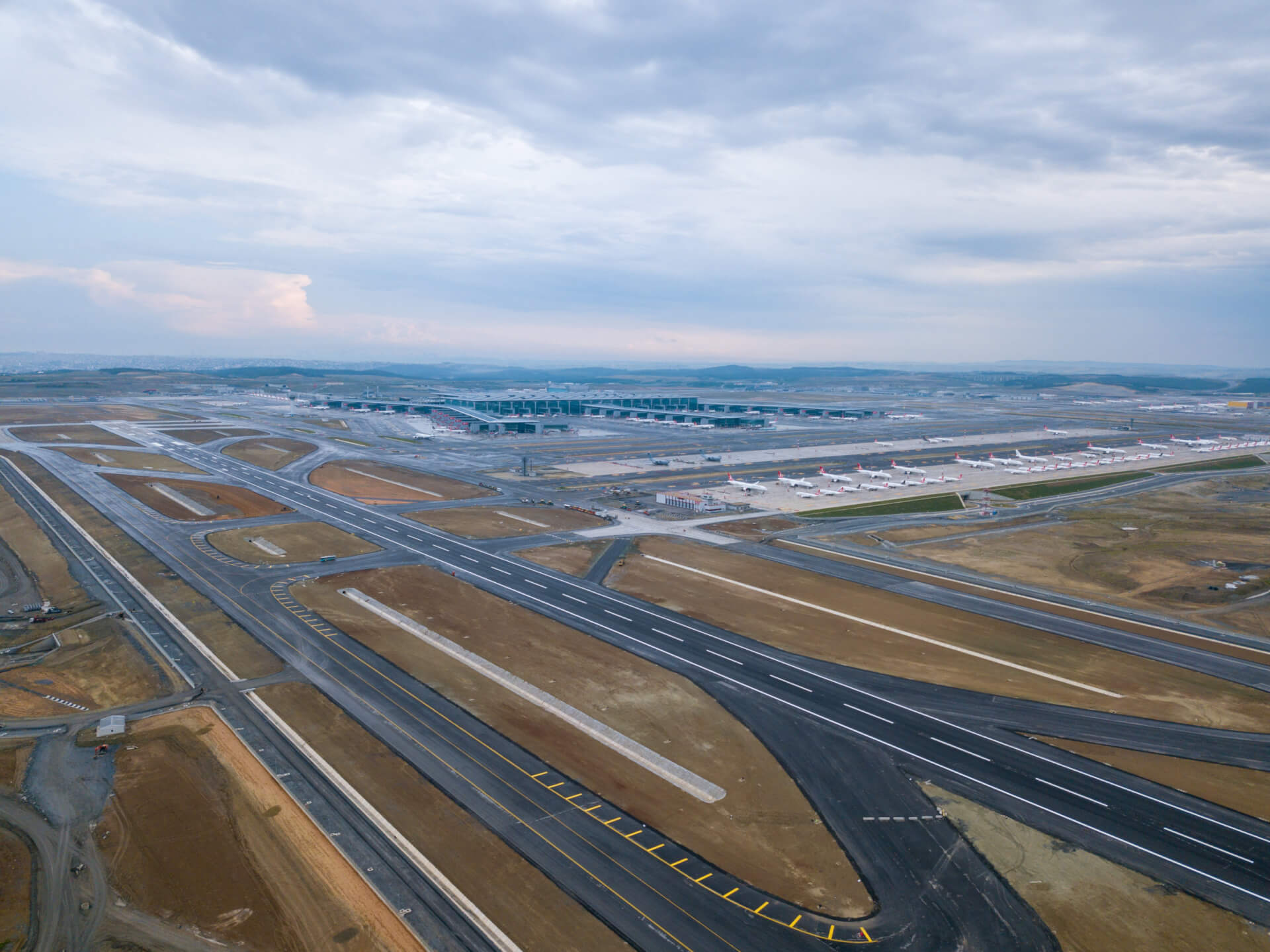 The third independent runway will make Istanbul Airport an even better experience for passengers by reducing taxi times significantly. Landing times will decrease by seven minutes on average and take-off times will decrease by four minutes on average with domestic taxi times being reduced by approximately 50 percent. The capacity for flight movements per hour will also increase from 80 to 120 with a daily capacity of more than 2,800 flight movements – the largest number of movements any European airport can handle.

Together with the new runway, a new End-Round-Taxiway will go into operation, reducing congestions, especially in times of heavy traffic. In total, Istanbul Airport will operate five runways, three independent and two standby runways. When all construction phases are completed, Istanbul Airport will have six runways and a total capacity of 200 million passengers per year.

Istanbul Airport will play a key role in positioning Istanbul as the heart of international aviation, leading Turkey into its golden age of aviation and bringing the world closer together.

As Chief Executive Officer and General Manager of iGA Airport Operation Inc, Kadri Samsunlu, claims that; “Istanbul Airport is the largest infrastructure investment ever put into practice in the history of the Republic and the most significant economic asset of our nation. Istanbul Airport is the new accelerator of international aviation growth. Hence, it will for sure be a locomotive force in the future development of our country. Istanbul Airport is a key player in airport quality standards and offers many unique features: Firstly, a geographical location that is perfect for an international hub, reaching 141 destinations in Europe, Asia and Africa in less than three hours where 1.5 billion people live. Our third independent runway that will allow us to carry out simultaneous operations with our first 2 runways has been put into service with a historic flight. We are so proud to become the second airport in Europe capable of operating with third independent runway. We are expecting an inevitable consolidation in the aviation industry. For over 2 months, we have been fighting the Covid-19 pandemic together with the whole world. However, at the moment we are starting to get back to normal and we are looking forward to the days that we ready to rise. Now, we have to look forward!’’