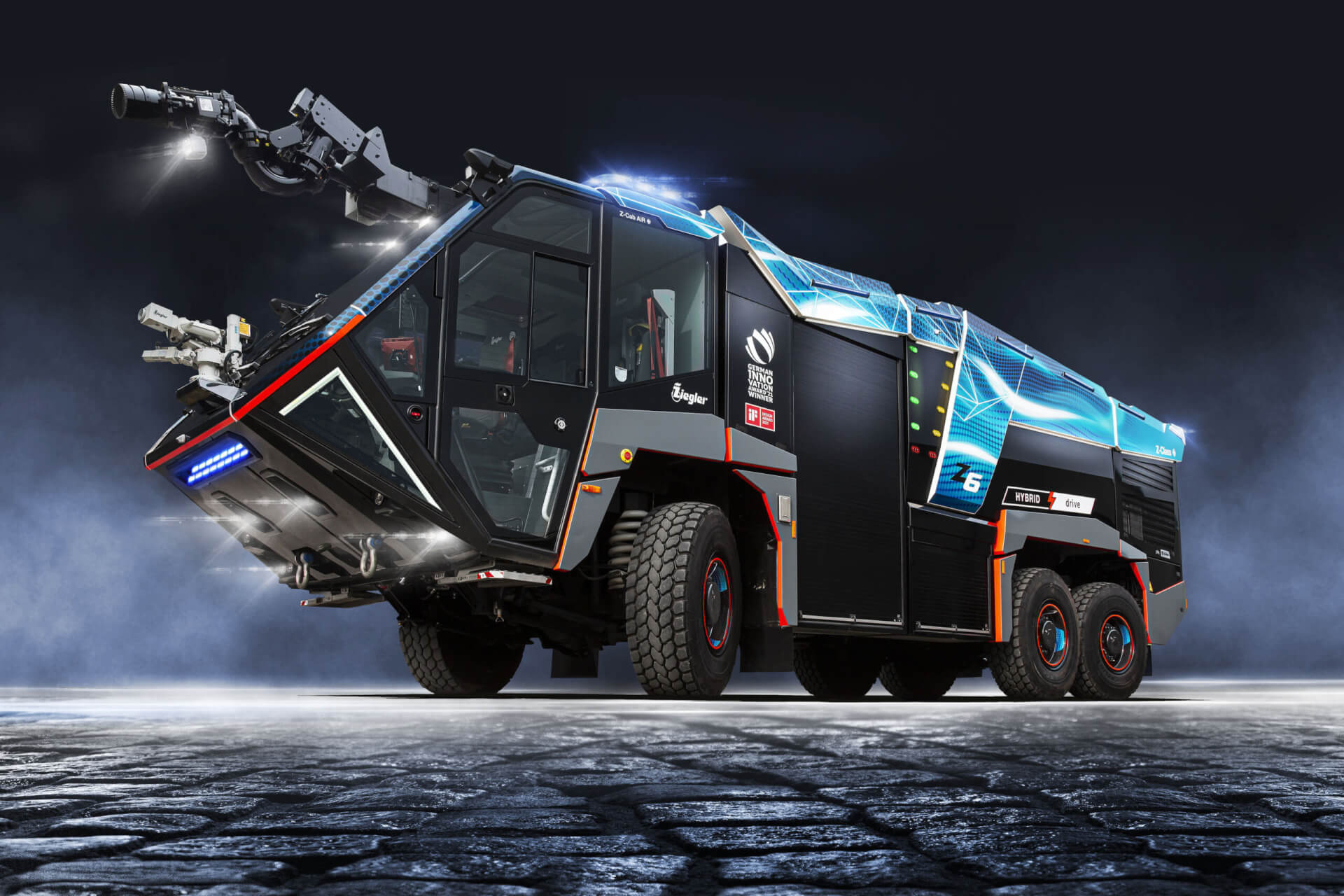 ZIEGLER Group has announced its contract to supply the world’s first hybrid aircraft rescue and firefighting (ARFF) vehicle to a customer.

Cranfield Airport, owned by Cranfield University will be the first Airport to receive this first vehicle.

It is only 3 month safter ZIEGLER has announced the electrification of the game-changing Z-Class in June 2022.

The Z6HYBRIDDrive by ZIEGLER is a6x6 ARFF which can drive in three modes.
Pure electrical mode; combinedelectric and combustion mode;and purely with a conventional, low emission engine.

Therefore, the emissions can be reduced significantly, but –in case of an emergency –the maximum power output can reach up to 1,150 HP, with the acceleration from 0-80 km/h within 25 s.

This award will change the sector of the aviation firefighting appliance in general by implementing the latest state of the art technology of ZIEGLER and boosts Cranfield Airport’s decarbonising activity.

“Cranfield Airport is used to ground-breaking projects in areas such as our Digital Air Traffic Control Centre, the integration of manned and unmanned aircraft and enabling the future of electric and hydrogen flight.”, said Rob Abbott, Cranfield Airport Director.

“This contract represents another milestone on our support to the zero carbon aviation agenda.”

Cranfield Airport’s new Z-Class HYBRIDdrive will be manufactured at the headquarters of ZIEGLER in Giengen / Brenz and then sent to West Yorkshire-based Venari, exclusive agent of ZIEGLER in the UK, for finalisation such as stowage fitment, communications instalments and livery.

Venari will also take over the service activities in the future. Starting from 2021, Venari and ZIEGLER joined forces to actively introduce the Z-Class to the UK market.

“But, to respond to requests for further advancements –to allow airports to improve operational performance whilst achieving increased environmental targets in parallel –has shown the unbelievably high quality of our partner, ZIEGLER.”

Fabian Schmidt, Product Manager ARFF vehicles at ZIEGLER adds: “After several years of continuous development of our Z-Class, we feel confident that our new Z6 HYBRIDDrive will prove to be a firm favourite for the UK airport fire and rescue services, not only to achieve tough environmental targets, but to improve overall operational effectiveness.”